Download Add to Lightbox Add to Cart
Image 1 of 1
Meet-Leroy.jpg 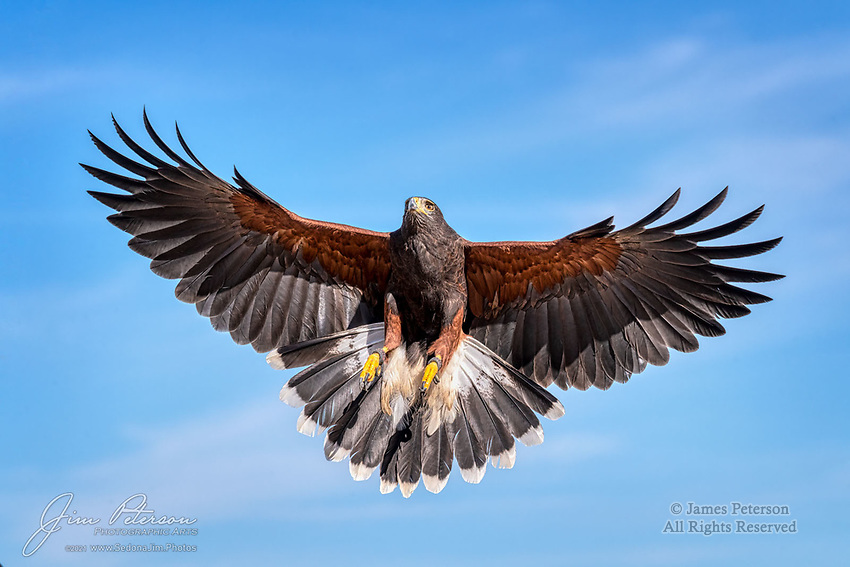 Meet Leroy. If you were, say, a rabbit or a squirrel and saw this vision immediately overhead, you would quite rightly believe that the angel of death was about to pounce, and you would be well advised to have your will in order before this happened. Leroy is a Harris’s Hawk, and his role in the natural order is to help Mother Nature regulate the population of her small mammals and birds.

However, Leroy isn’t really part of the natural order, sadly. He was raised by humans, possibly illegally, and thus, through his early imprinting, believes he’s human too. He therefore would not be able to survive in the wild, and instead has been placed at the International Raptor & Falconry Center, a nonprofit wildlife shelter in Flagstaff.

But he can’t really complain - he has a very nice life there. He is well cared for and often gets to fly free during educational raptor demonstrations and photo shoots. He gets along well with people, and is quite sociable. He’s happy to sit on a person’s hand, though that person would not enjoy the experience unless they wore a falconry glove.