Download Add to Lightbox Add to Cart
Image 1 of 1
Say-Hello-to-Finley.jpg 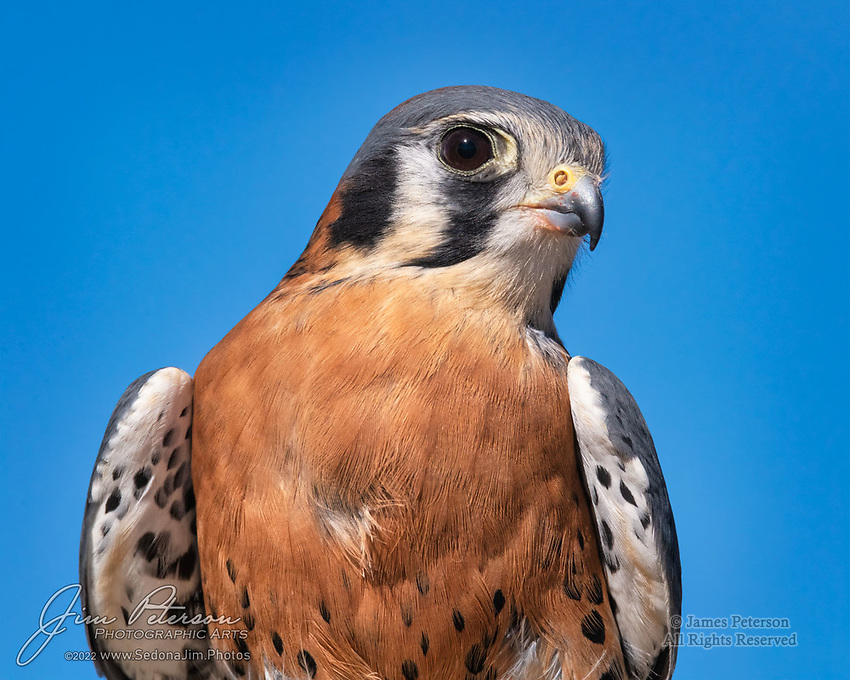 Say Hello to Finley! This guy is an American Kestrel who lives at the International Raptor & Falconry Center, a nonprofit wildlife shelter in Flagstaff, Arizona. He’s a raptor who mostly feeds on insects and other small creatures (e.g., lizards). You’ll probably agree that he’s quite photogenic – but he’s emphatically not just another pretty face. He’s also amazingly fast and agile in the air, making him an extremely effective hunter but also very difficult to capture in flight (but stay tuned for a few shots…). As a resident of the IRFC, he earns his living by giving demonstrations and educational sessions, and he really knows how to put on a show!