Download Add to Lightbox Add to Cart
Image 1 of 1
Sedona-Water-Wheel-Crescent-Moon-Ranch1.jpg 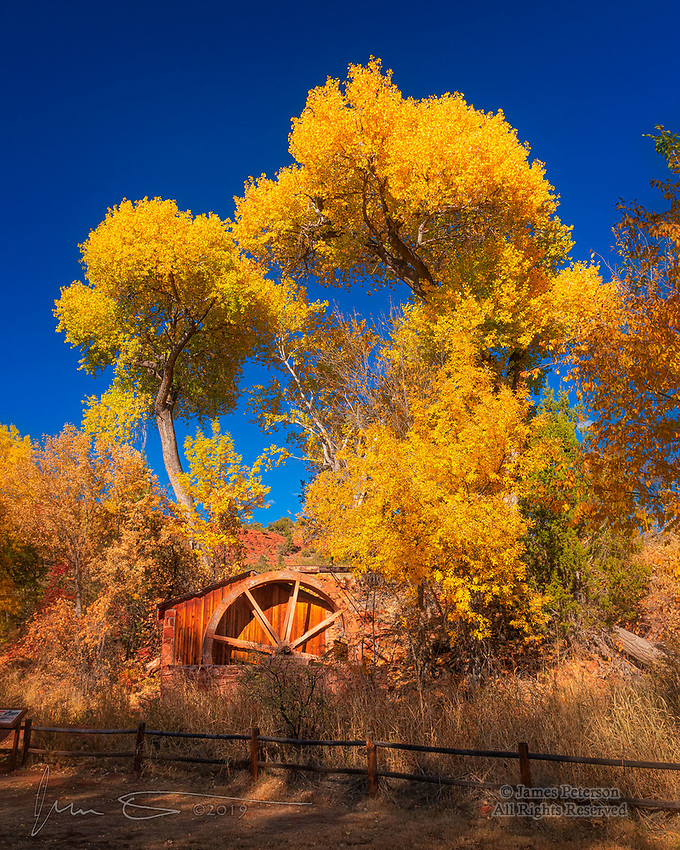 Sedona Water Wheel, Crescent Moon Ranch. One criticism that is sometimes leveled at landscape photographers is that their images can “look like postcards”. This is deemed undesirable, I guess, because postcard images are considered to be frivolously (or artificially) “pretty” and excessively colorful. The intent of a postcard, presumably, is (among other things) to make the folks back home feel jealous because they couldn’t be there in person.

That’s all well and good, I suppose. But the “problem” we have in Sedona is that pretty much everything around here actually does look like a postcard, at least on a sunny day. Now, among all of the problems that one might encounter in this world, I think most folks would agree that ours is one of the better ones to have. But if a photographer is trying to create a reasonable approximation of how someone would experience a local scene… well, what are ya gonna do?

In my view, there’s a simple solution to that quandary: just tell it like it is. If someone doesn’t like photos that look like they belong on a postcard, nobody is forcing them to look. Such folks might not like what they would see in person around Sedona either.

In that spirit, here’s what the water wheel at Crescent Moon Ranch looked like yesterday (Nov. 7). It was a glorious autumn afternoon with a deep blue and mostly cloudless sky, and the cottonwoods were showing off their peak fall color. It just doesn’t get much better around here.