« back to search results
Download Add to Lightbox Add to Cart
Image 1 of 1
Ghost-Station-Jerome-Arizona.jpg 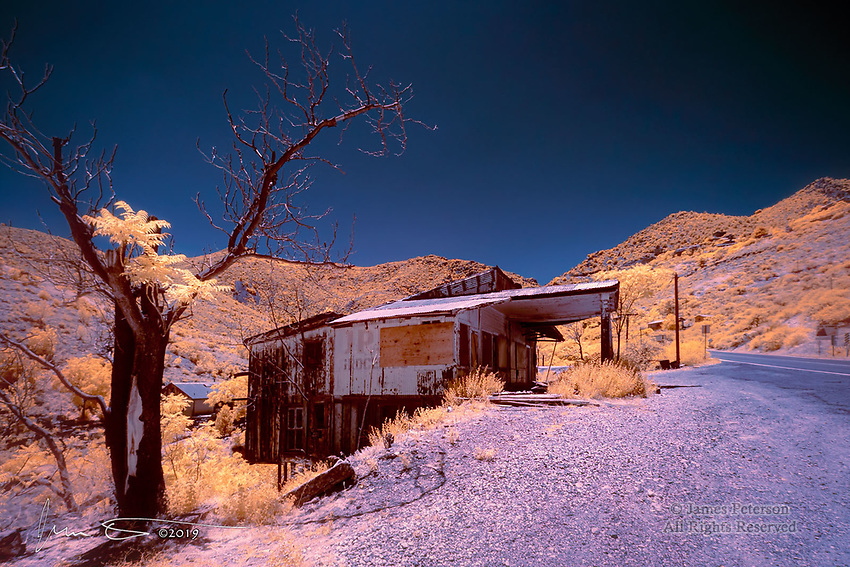 Ghost Station, Jerome, Arizona (Infrared). Jerome is a historic mining town in the Black Hills of central Arizona. In the 1950s, after the ore was depleted, it pretty much became a ghost town. It was eventually resurrected as an artist and hippie colony, and more recently it has become a major tourist attraction. But it still has plenty of ghosts, probably including a few inhabiting this abandoned gas station along the highway into town from the Verde Valley down below.