« back to search results
Download Add to Lightbox Add to Cart
Image 3 of 6
_DSC4148_DxO_nosh-sharpen-stabilize.jpg 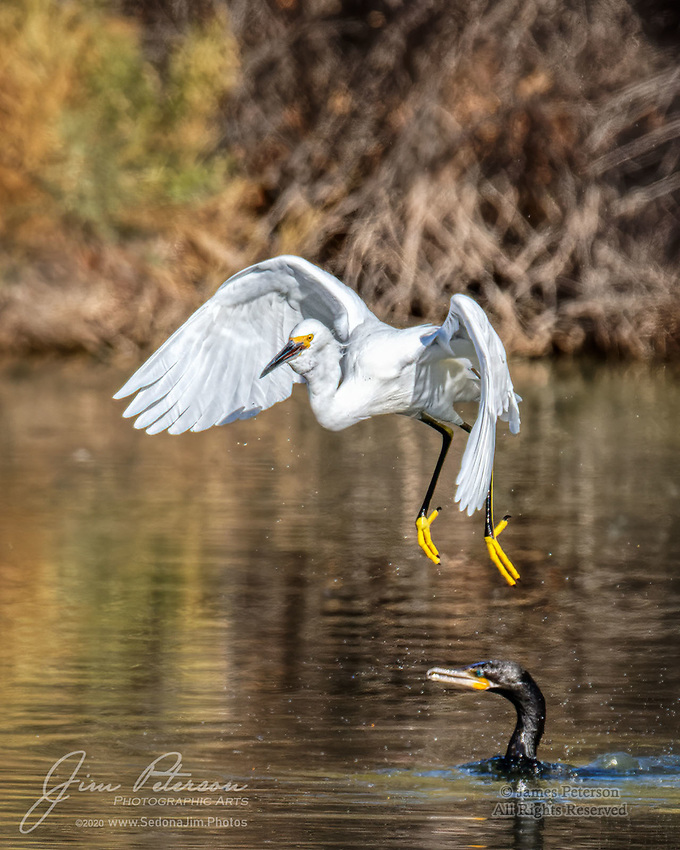 Grand Theft Aquatic (Series of 4 Photos). This unfortunate cormorant was just minding its own business at the Gilbert (Arizona) Water Ranch. It was swimming around and preparing to enjoy a leisurely lunch, intending to swallow (whole) a fish it had just caught. That’s a commonplace scenario for a cormorant.

But what happened next is a little less so. Along came its non-friend, and the neighborhood bully, in the person of a snowy egret, who decided to graphically illustrate the meaning of the word covet. In the blink of an eye, the egret had landed on the cormorant and snatched the fish, leaving the hapless cormorant still hungry and, for an instant, mostly submerged – and probably a bit bewildered as well.

In the subsequent photos, the egret regained some altitude and then, just to show off its ability to multitask, swallowed the fish in midair (the telltale lump in its throat is easily seen in the last photo). The cormorant could only gaze wistfully as its meal swiftly vanished. Very swiftly - the elapsed time between the first and last photos in this series is less than two seconds.