theArtWorksTM, one of Wilmington, North Carolina's premier art destinations, is pleased to announce its ongoing exhibit titled “Photographer (X2)”, featuring diverse and eloquent works by brothers Brian and Jim Peterson.  This captivating exhibit, in the venue’s Creative Light Gallery, is open to the public through May 15, 2022.

The show revels in the remarkable and ever-expanding range of expressive opportunities that have been available to photographic artists over the last half century.  In addition, it nicely explores how two siblings, though they came from the same household, can take parallel but disparate and equally fertile artistic paths. 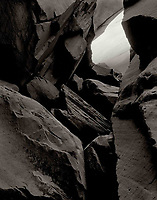 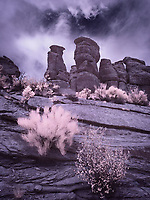 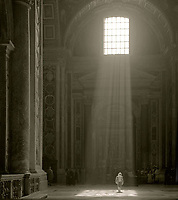 Brian and Jim grew up in Utah, New Mexico, and Montana, but both ended up heading east for their education.  Both developed an abiding interest in photography while they were students, and both are known for pushing the boundaries of the medium as their work matured.

Brian H. Peterson earned a BA in Music Composition from the University of Pennsylvania and a Master of Fine Arts degree from the University of Delaware.  He has been known as an artist, curator, critic, musician, author, videographer, and arts administrator for more than forty years.  After directing and curating the groundbreaking exhibit “Forgotten Images, Photography in Germantown, 1840-1927” in the 1980s, he became Chief Curator at the Michener Art Museum in Doylestown, PA, where for 23 years he managed the exhibition program, curated historic and contemporary exhibitions, and was the editor and principal author of many publications, including the landmark monograph Pennsylvania Impressionism (2002). 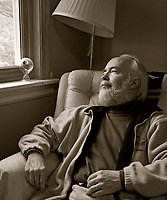 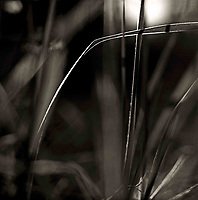 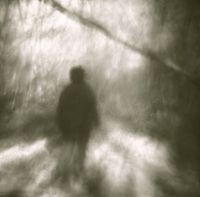 Brian’s photography is in the collections of the Philadelphia Museum of Art, the Amon Carter Museum, the Virginia Museum of Fine Arts, and the Denver Art Museum, among many others, and his works have been honored in over 35 solo exhibitions.  He has also published three hardcover books of memoirs featuring his photographs and writing, as well as several other books and many scholarly articles and critiques.  He taught photography for more than twelve years at the University of Delaware, the Tyler School of Art, and Swarthmore College.

Jim (James D.) Peterson developed his early interest in photography as a sidelight while earning a BA in Music and then a PhD in Biochemistry from the University of Chicago.  He worked as a Biochemistry researcher and then moved on to a very successful career as an engineer, planner, and manager in the tech industry, working first for Bell Telephone Laboratories in Illinois and then for GTE in Arizona. 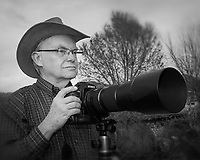 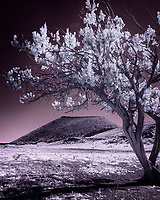 Jim’s interest in photography persisted but had to take a back seat to his career and family obligations until he retired in 2003 – but then he was delighted to be able to jump back in with both feet.  His works have been featured in numerous publications, galleries, and exhibits in the Southwest, have won a multitude of awards, and have been acquired by collectors worldwide.  Also, in recent years he has embraced infrared photography to broaden his range of artistic expression, and has built a unique and well regarded body of work in that medium.

The exhibit is open to the public on Thursdays, Fridays, and Saturdays from 11 AM to 5 PM and on Sundays from noon to 5 PM through May 15.  Everyone is also cordially invited to enjoy the monthly Fourth Friday Gallery Night on April 22 from 6 PM to 9 PM, when the exhibit’s 70 superb works will be featured.  theArtWorksTM is located at 200 Willard Street, Wilmington, NC 28401.  For more information, call 910-352-7077. 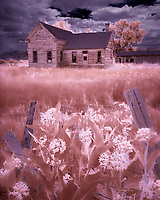 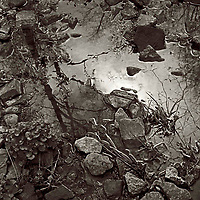